FOR A LIMITED TIME
DOWNLOAD NOW AVAILABLE FOR FREE
SAT, DEC 10th at 10PM
Due to unexpected circumstances! 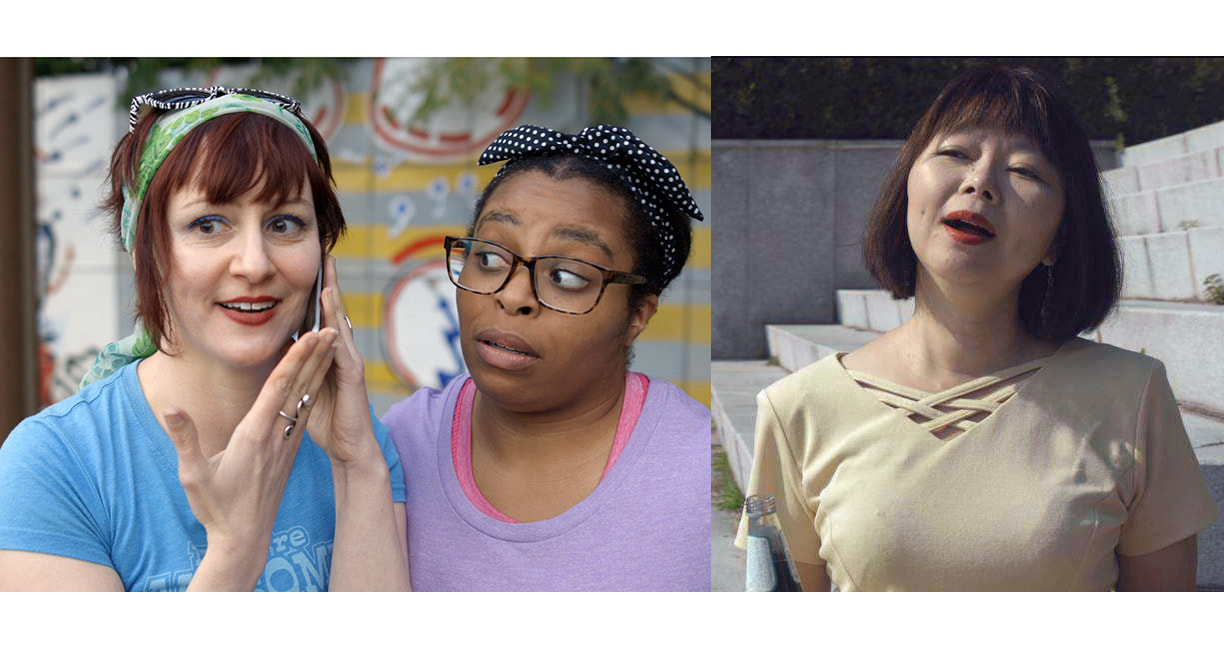 What if your entire future disappeared, in one absent-minded moment? God knows! See the unwitting stranger angels play their parts in a hilarious unexpected adventure!

* Come and Support Local Expat Creatives! See What the Buzz is About! One Night Only!

Note: "Stranger Angels" was filmed in the gorgeous setting of Olympic Park. 20% of proceeds will support the amazing environmental work done by www.sierraclub.org.

"Stranger Angels" is the quirky and adorable brainchild of Korean-American writer/director/producer/actor, Karen Lyu, aka the Holistic Voice Coach and jazz and gospel vocalist. Known for funny and feminist original one-woman shows in her adopted hometown of Minneapolis, MN, she won a $5,000 Minnesota State Arts Board Grant in 2007 with vocalist/activist/actor, Maryam Yusefzadeh, to create the crowd-pleasing two-woman musical "Memories and Media Myths of Iran and North Korea". "Stranger Angels" is her first foray into film, and her second film credit for acting. Her first time acting for film was in the supporting role of a divorced Korean-American entrepreneur in the zany Red Lips Productions short "Hell Hath No Fury Like a Woman Riddled", for the 2018 Korea International 48-hour Film Challenge. www.backstage.com/u/karenlyu

* Screening of "HBC: Home in Our Minds" "Stranger Angels" episode, a behind-the-scenes web series episode by Neo about the HaeBangCheon neighborhood folks that participated in the making of "Stranger Angels"
​
​
CREW

Huge thanks to the crew, who went above and beyond: Robert Righetti, Will Forrester, Calvin C. Yeagar, Kevin Lambert, Luis Magno, and Chris Melhuish!!

Please email your name, number of guests, and a photo proof of transfer to karen@holisticvoicecoach.com by midnight on Friday, 12/7. Thank you!